The designs of the top and bottom caps varied quite a little through the decades. The good news is they are interchangeable with each other - and you can switch as desired in most cases. I have only encountered a few instances where this is not the case. In general the earlier the manufacturing date the more intricate the design of the cap. As they progress through the years the design is simplified for quicker production.

When it comes to the cornets - you need to watch for the Martin Handcraft Imperials as the 38-39 top caps were higher on the cornets that the trumpets - so these may look similar, but they are not. (Note: the top cap in the reference tool below is a Cornet top cap) 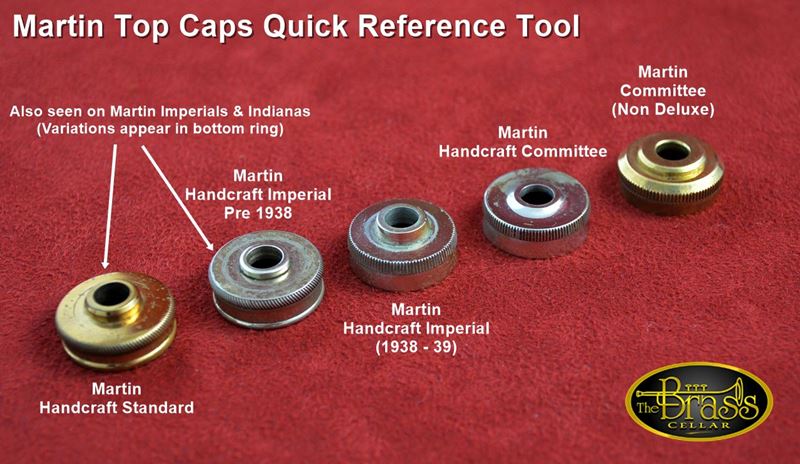 Here's the 3 Committee models side by side - HC Committee, Committee and Deluxe.

Only real difference between the Committee and the deluxe is the nickel vs. yellow brass which was an earlier feature of the Martin Imperials vs. Standards as seen below.

The later model Imperial models seems to have a sloping bottom cap vs the previous models.n terms of rarity the Handcraft Committee model is by far the hardest to find in my experience. That would be followed by the Handcraft Standard US Models (They have a unique trim kit) and the 1938-39 Martin Handcraft Imperials. In fact there are very few shops that would even list these parts for sale as they might prefer to hold onto them for repairs.

The Martin Indiana caps are the most versatile as they will work on just about any horn and still look like they belong there. They were available in the yellow brass or nickel plate. 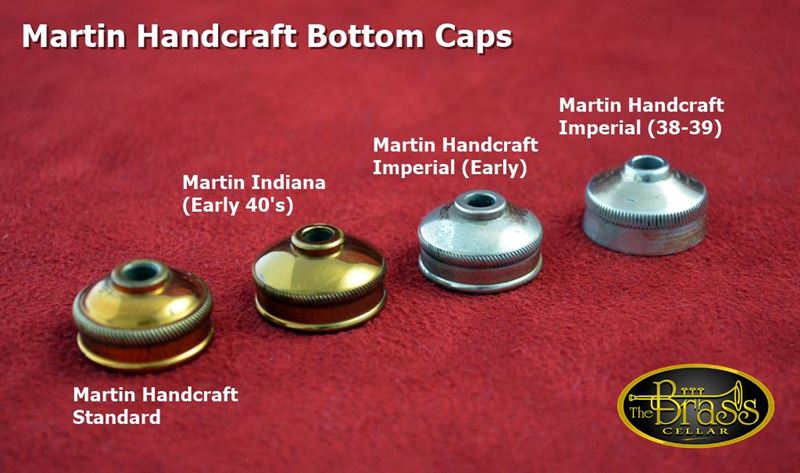