This is not an exhaustive list by any stretch - but you will find most of the Finger Rings or hooks.

While the design varied it's interesting to note that many were revisited multiple times - the dirty secret being you can substitute parts from just about any era on some horns and it would still be regarded as original.

An example below of the Handcraft Standard - the only difference being all brass vs a nickel plate. It looks more curved - but that's really just a small tweak to make it look like that.

Here is the same finger ring again in the Martin Imperial Bb Trumpet of the 1950's - this time it's in the original nickel design.

The most iconic of this period is perhaps the art-deco style finger ring of the 1938-39 Martin Handcrafts that featured the squared finger hook and 3rd slide ring.

Martin Committee's have the very distinctive style hook with the long streamlined design. The later models were a little more squared than the previous models - but this is one area that would probably wear into shape over time. These parts are almost impossible to find unless you are breaking down a Committee trumpet for parts. There is no difference between the normal Committee and the Deluxe version (pictured below). 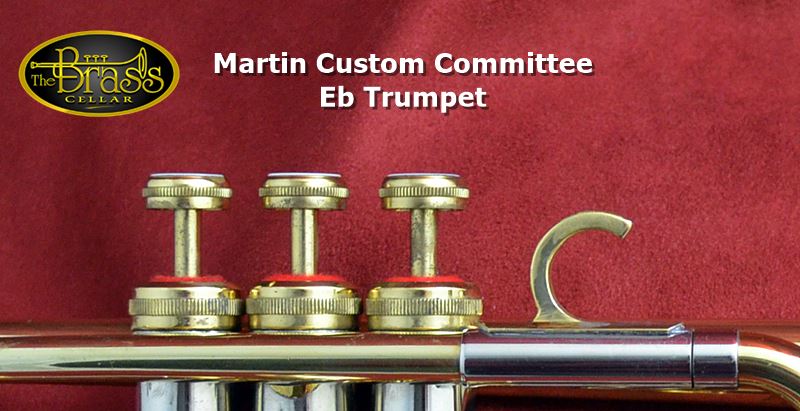 These typically featured a very basic design in nickel (In my opinion the worst of all the designs)- with the exception of model that was essentially a Blessing Stencil (Martin Indiana Large Bore pictured below) which featured it's own style finger ring as pictured below. In the past the cornet and trumpet models typically share the same design of finger ring (Martin Handcraft, Imperials etc are switchable parts) - the Committee was designed to fit on the leadpipe.