There are several versions of the Martin Mouthpieces that date right back to the beginning of the company. This page focuses on the late 1920's - 60's only. It is not a definitive list - but rather a collection of pieces that I have accumulated in collecting the instruments.

Information has been compiled from first hand experience as well as catalog research from official published price lists and catalogs. 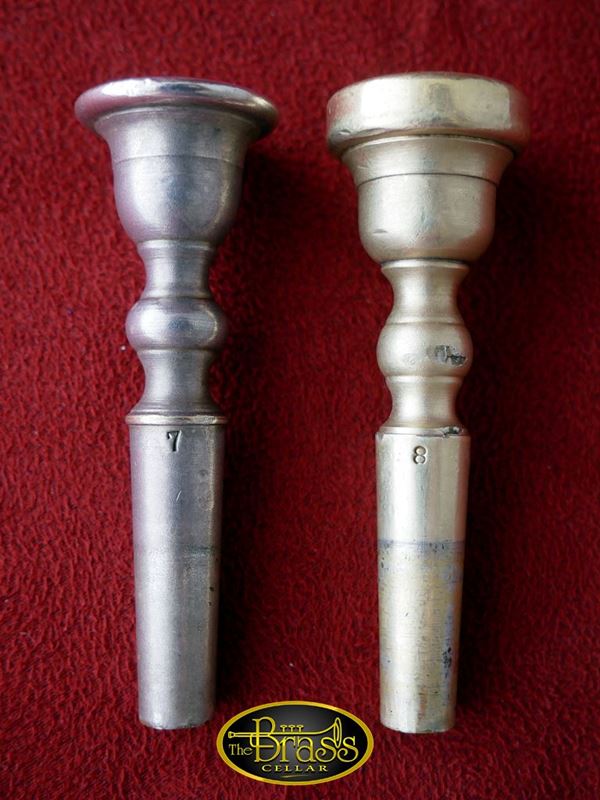 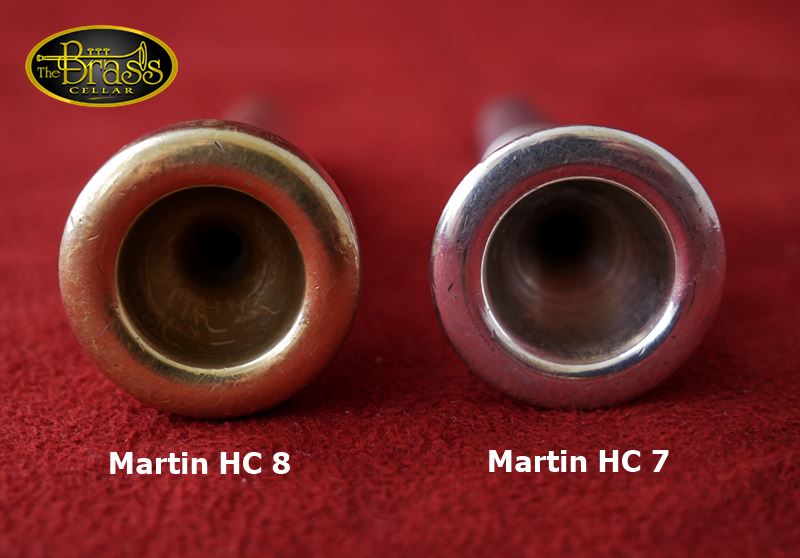 This mouthpiece style is shown in drawings for the Martin Imperials (1934 catalog) so I imagine that these were available with both models at the time. The design is simple - but heavier in nature than the earlier Handcraft models. You also see a wider and thicker rim combined with a much deeper cup in this model. I have only seem this model in an 8 or 9 size variation. 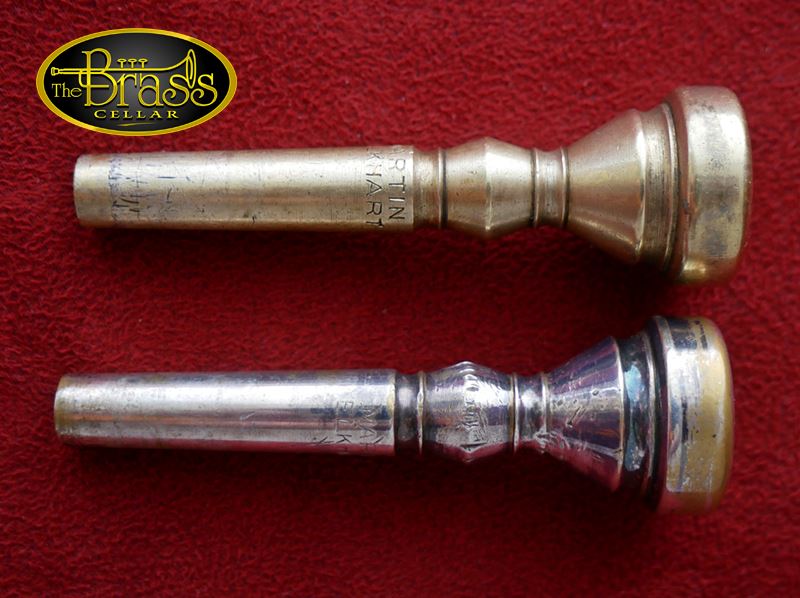 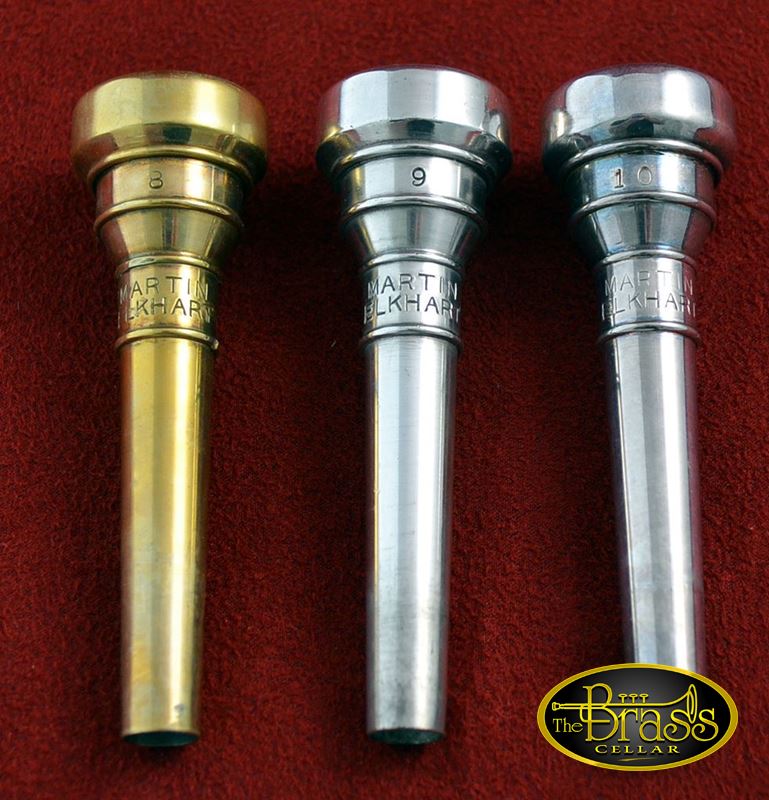 In trumpet these are the only 3 sizes that I am aware were ever issued. #8, #9 & #10. 8 is the deepest cup - moving to the 10 which is clearly designed with upper register work in mind as it has a flatter rim with a shallower cup and smaller diameter. I suspect that these were issued in the late 1930's to go with the art-deco style Handcraft trumpets.

The blank is a simple design with MARTIN ELKHART on the outside of the blank. These are easily identified and still surprisingly are able to be picked up without too much searching. The #8 and #9 are the more preferred models for most as they produce the big rich sound that people are looking for mostly. 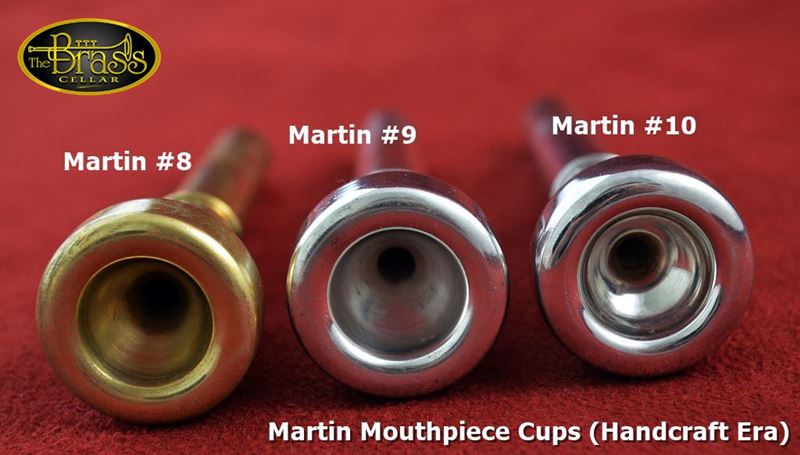 There are two versions that I have seen in this era. I believe the earlier versions are what is referred to as the 'Schilke' blanks. These have a very iconic wedge style outer cup blank and a script style font. They are shown in the Martin 1948 catalogue as the only version available at the time available in the following sizes: 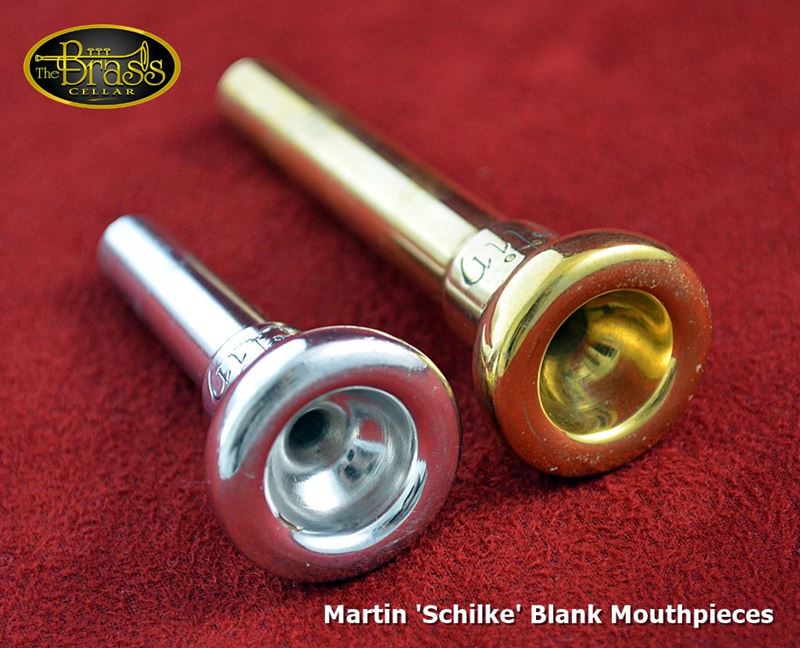 The second version has a heavier outer cup and fuller blank profile. These seem to have been manufactured in much higher quantities as they are far more common. 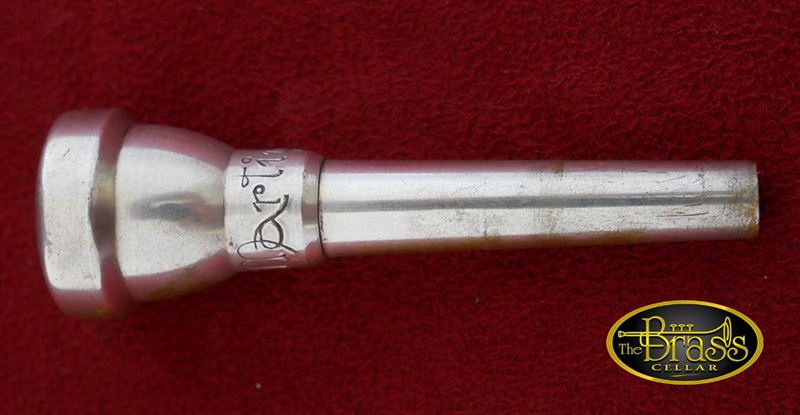 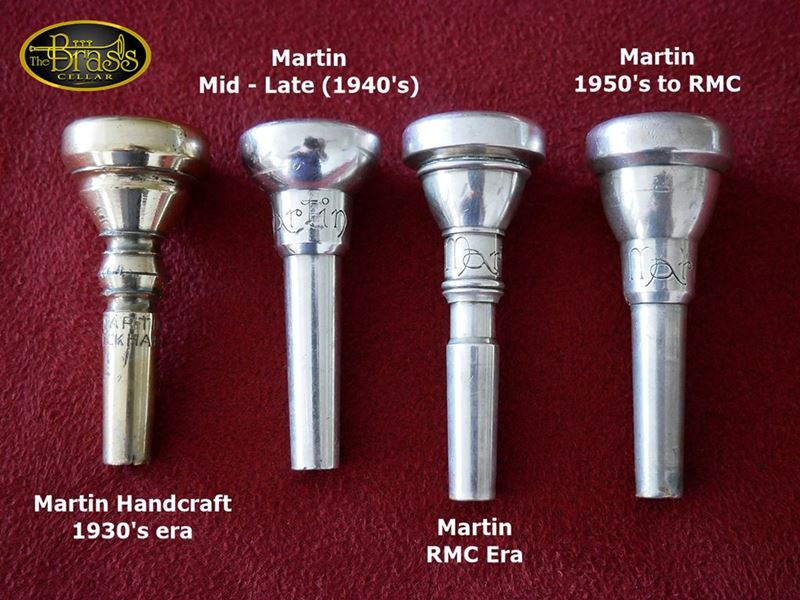 There are only really the four blanks for Cornets - there may be an earlier version again - but these are the four most common. It's debatable if the Handcraft era pictured above is actually earlier than 1930's.

Cornet Mouthpieces were typically in the following sizes:

Size 1 (largest and deepest) . This size also looked like it was phased out after the mid 50's.

Size 3 - Medium depth cup and rim smaller than the #1

Size 7 is the most commonly found as it was the standard size issued (far right in the picture) on the Imperials and the Committee Cornets and the #10 which was issued late 1940's as per the above detail. 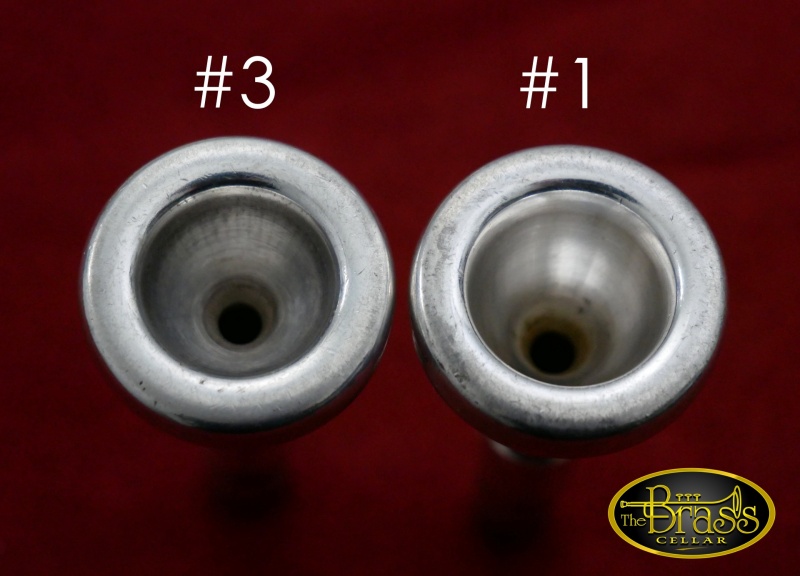 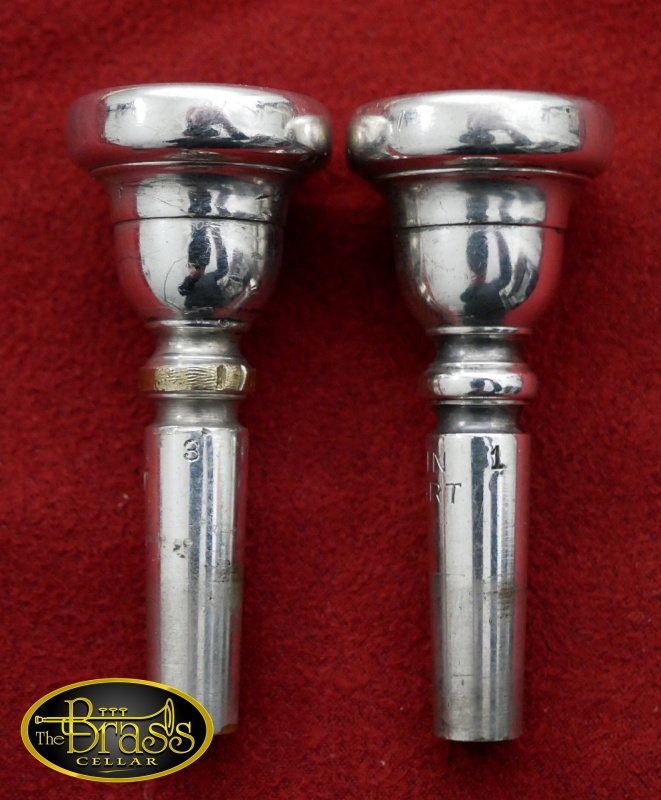 The RMC blank pictured above I am not sure what this was issued with. These were purchased in a bulk lot of new old stock mouthpieces. The piece marked 'mid-40's) is what is commonly referred to as the Schilke blank. This distinctive blank was only available for a short period and I suspect it was with the earlier Committee models. The Schilke blank cornet above is a #10 size. 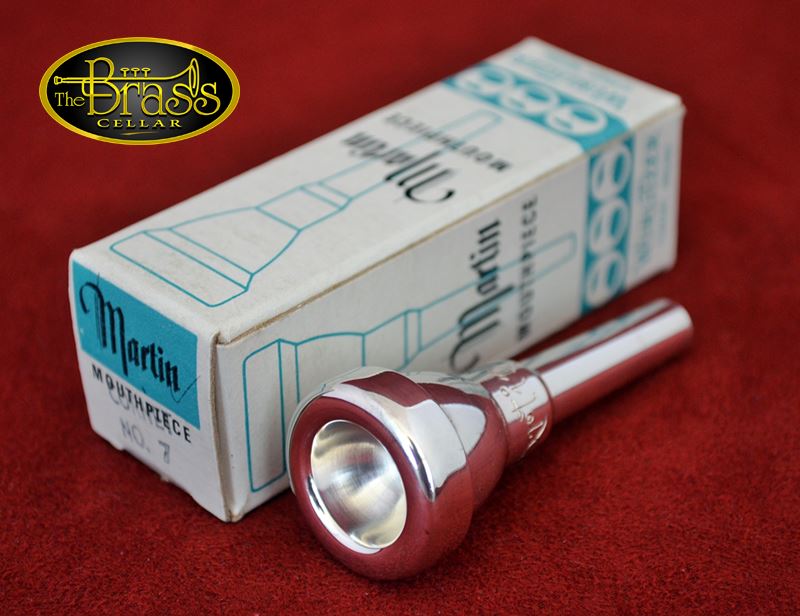